Allergen Warning: Made in a facility that handles milk, egg and soya.

Serving size: 6 capsules (2 Capsules, 3 times a day)
Servings per container: 30 (180 Capsules)
Suggested use: As part of a calorie controlled diet take 2 capsules 3 times per day, at least 4 hours apart before meals and with plenty of water. Do not exceed recommended daily dose.

Appetite Control increasingly popular as a dietary supplement, Glucomannan is a water-soluble dietary fibre which has been scientifically proven to contribute to weight loss as part of a calorie controlled diet, at an optimum dose of 3g per day.

Sourced from the Konjac plant, native to South East Asia, Glucomannan acts by absorbing up to 50 times its own weight in water, expanding to form a bulky fibre in the stomach which increases the feeling of fullness which can help with appetite control.

Glucomannan has also been shown to contribute to the maintenance of normal blood cholesterol levels.

Allergen Warning: Made in a facility that handles milk, egg and soya. 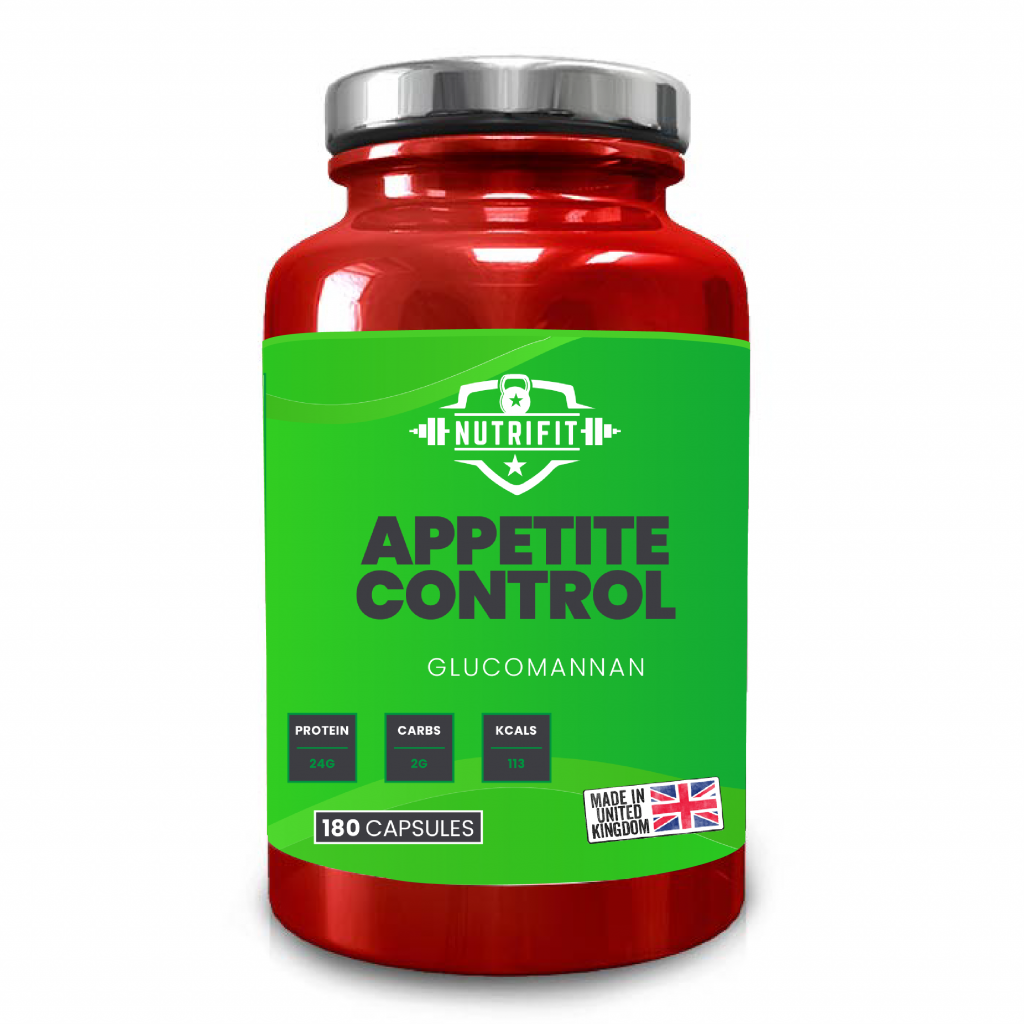 There are no reviews yet.

Be the first to review “Appetite Control” Cancel reply